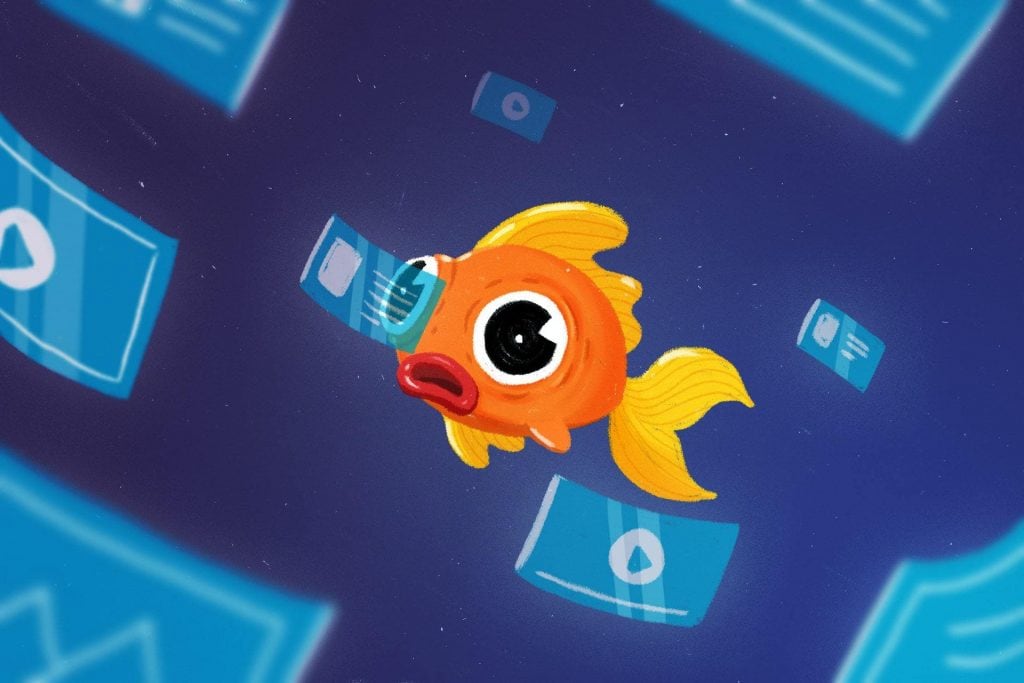 Attention Span. Why Are Losing Your Audience?

Are you finding it increasingly difficult to reach customers with your content marketing efforts? No one listens to you? Nobody reads your blog posts? Your social media channels are already covered with spider webs and the scents of decay? Your conversions continue to decrease? Then you should know one thing: You are not alone! Nevertheless, something must change.

But before you hopelessly grab your head and desperately try to turn your entire marketing activities upside down, you should first understand the root of the problem. After all, maybe it is not your own fault. At least not 100%. Let’s blame the “Generation Goldfish”. No, not cold water aquaristics, but the well-known phenomenon of the digital age…

Generation Goldfish- 8 seconds and that’s it

We are not referring to a remake of “Finding Nemo” with a goldfish as the main character. The “Generation Goldfish” describes the drastic decline of our attention span in the digital age to just 8 seconds. As a comparison: In the year 2000 it was at least 12 seconds.

The results come from a study by the software company Microsoft, in which a total of 2000 Canadians were interviewed and tested. With 112 participants, various activities with media were recorded with the help of an EEG. In general, 3 types of attention are distinguished: The “continuous attention” refers to the ability to concentrate on one thing without distraction. The “selective attention” refers to the ability not to let the attention drift away despite certain stimuli.

A final form is “alternating attention”, which refers to a form of multitasking, i.e. switching between different tasks at a high level of concentration. So why goldfish generation? Because the goldfish with an attention span of 9 seconds has even surpassed us. Right. A goldfish has surpassed us. Reason for concern? Maybe. 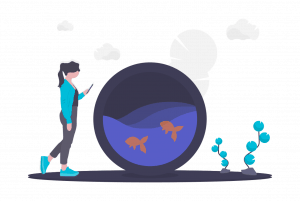 The era of stimulus satiation

Laptop on your lap, the television running on the side, the mobile phone within a short reach on the couch. That’s how the ordinary representative of the Goldfish Generation is enjoying himself. We are bombarded with advertising from all sides. Everything is getting faster, time is getting tighter, nothing can wait. Welcome to the age of stimulus satiation!

The term ” stimulus satiation” describes the situation when the brain absorbs more stimuli than it can process. The reason for stimulus satiation is, on the one hand, the availability of a multitude of communication channels and, on the other hand, the constantly increasing amount of information available.

And Microsoft’s study explains that exactly the following groups in particular are affected by attention deficits:

While many of us used to find a long-haul flight pleasant, most of us today can’t even manage to sit still. The smartphone 10 hours in flight mode? No social networks? That’s not possible! Well, not needed, because gladly  we have Inflight Wi-Fi. So that the stimulus satiation continues even above the clouds.

At the cash desk we are already wriggling when only 2 people are in front of us. If the video doesn’t load on Youtube within the first 3 seconds, we’re gone. We have less time and far too much information. When you think about it, the low attention span is actually not a surprising phenomenon. Our brain is flooded from all directions. Think of a bucket that is continuously filled with water: What happens? Right, it overflows. What happens to a brain that is flooded? Boom! Information overload! All right, there may not be an explosion à la cartoon now, but the brain has to evaluate and link all this information within a very short time. This all results in a lot of distraction and loss of productivity.

So why are you losing your audience?

Before the brain mutates into an explosive catacomb from which countless “thumbs up”, tweets and advertisements rattle, it protects itself. Even before we can consciously perceive information, our brain sorts important from unimportant content. The so-called “thalamus” decides which information reaches us and which not.

And this is exactly what makes it so difficult for marketers: This information overload results in consumers being overwhelmed in their decisions and no longer being able to make well-founded (purchase) decisions. The consumer’s perception decreases and so the consumer’s brain unconsciously hides a lot of advertising information in advance, as it obviously does not provide any added value.

The shorter attention span now naturally also means that we have less and less time to win over the customer. Not only that: We also have to assert ourselves against the competition. Our information must be among the information that the customer’s brain categorizes as “important”. This is the only way we can place the brand in the long-term memory of the consumer. Reason to despair? No. But a rethinking of the marketing strategy is indeed required!

Although we are bombarded with content and our attention span has decreased, it is not the end. Consider this: We actually find it harder to concentrate in a meeting, but we still manage to watch a 1.5 hour movie on Netflix. So it doesn’t seem all that hopeless. And that’s exactly the point: Our brain becomes more selective as we become overwhelmed with stimuli. We can certainly focus. But our brain doesn’t want to focus. At least not if the content does not provide any decisive personal added value.

And this is exactly what the communication strategy must take into account. We need content that stands out from the crowd and is considered important by the brain. Content that is different. Not ordinary. But surprising. Today’s marketer has to look beyond his own nose. Regardless of the industry, content must become more meaningful and interesting. More diversified. And above all: More personal!

Instead of text-based content, you should focus on visual content. Instead of static on interactive. Because our brain generally processes images 60,000 times faster than text. And by actively participating in what is happening, several senses are addressed simultaneously. As a result, information can be better stored in long-term memory. In this context, the same keyword keeps coming up: Storytelling. Stories enable narrative parts of the brain to be addressed, which in turn builds up messenger substances and forms certain synapses. Emotions are awakened. A connection to the audience is established.

If you have made it this far, congratulations! Your attention span may even exceed 8 seconds. But hopefully you have recognized the problem. We are facing a new challenge to get the attention of the audience and to stand up to the competition.

Consumers are under the influence of the digital age and now it’s your job to break through this information overload with your brand and win back the favour of the audience with breathtaking content. And you don’t have much time left for that. Or do you want to lose against a goldfish…? 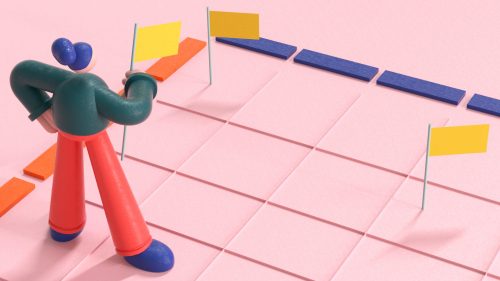 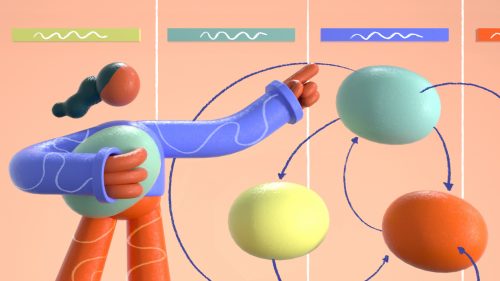